About the US Airline Industry

The US Airline industry has undergone extreme turmoil in the last two decades. Three of the top four US airlines (American, United, and Delta) went into Chapter 11 bankruptcy at some point. All of the top airlines have undergone industry-changing mergers, drastically changing the US airline market share landscape. Alaska Airlines jumped to become a top-four airline following its merger with Virgin America in 2016. American Airlines and US Airways merged in 2013. Southwest market share increased to become a US airline market share leader after its merger with AirTran in 2011. Continental and United merged in 2010. Delta market share cemented its place in a leading position following the merger with Northwest Airlines 2009. Miraculously, passengers were mostly unaffected by these domestic airline events. Just as it seemed the industry had fixed itself, the COVID-19 pandemic threw the sector into deep uncertainty. US airlines carried 925 million passengers in 2019, and airlines were finally consistently reporting profits as a result of operational efficiencies and new pricing & fee strategies enacted after the 2008 financial crisis. The US airline industry is likely to see a new wave of US airline market share consolidation and bankruptcies in the near future. You can find US Airline Market Size, US Airline Market Share, and other trends and statistics below, and you can get help with additional US Airline industry market research here. 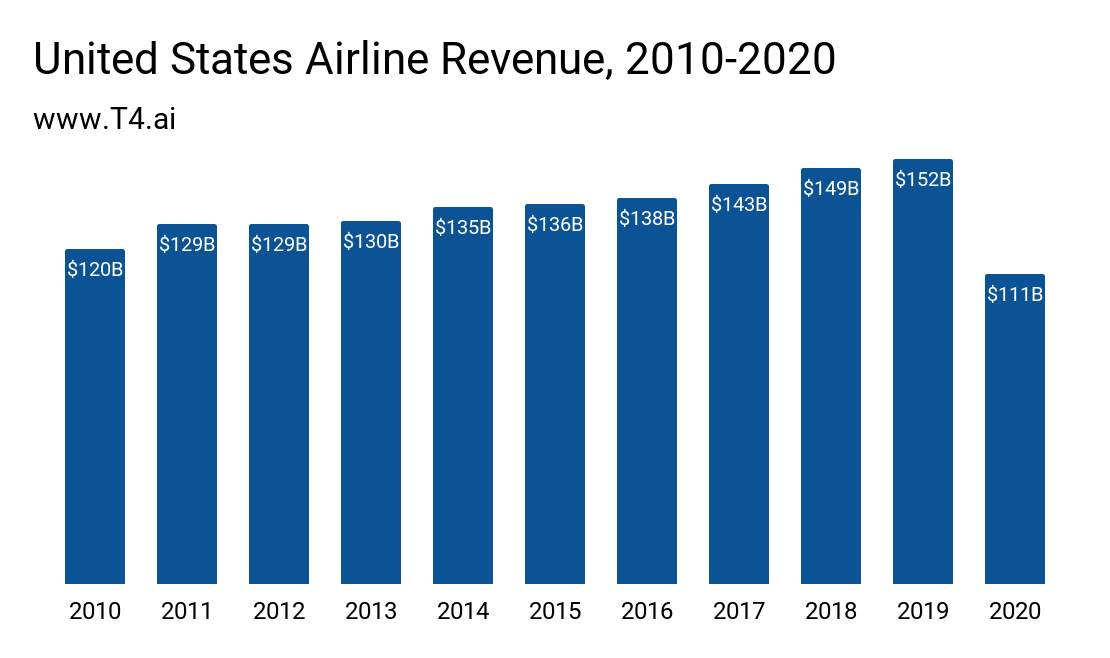 The chart shows the US Airline Market Size from 2014 to 2020. In 2019, the size of the US Airline Industry (excluding cargo and foreign airlines) was $152B and is projected to decline 27% in 2020 as a result of the Coronavirus (COVID-19) pandemic. From 2014 to 2019, the US Airline Industry revenue growth averaged 3% per year (CAGR). The short term impact of COVID-19 on the US Airline market growth will likely be High because shelter-in-place, quarantine restrictions, and border closures reduced US air travel by over 90% according to the TSA and reporting from US airlines. The long term impact of COVID-19 on the US Airline market revenue growth beyond the COVID-19 pandemic will likely be High. Airlines have already announced cuts to passenger flights through the end of 2019, and passengers will likely be wary of resuming regular flying habits even after social distancing restrictions lift. Request help with obtaining the source for this data and additional US Airline industry market research here. 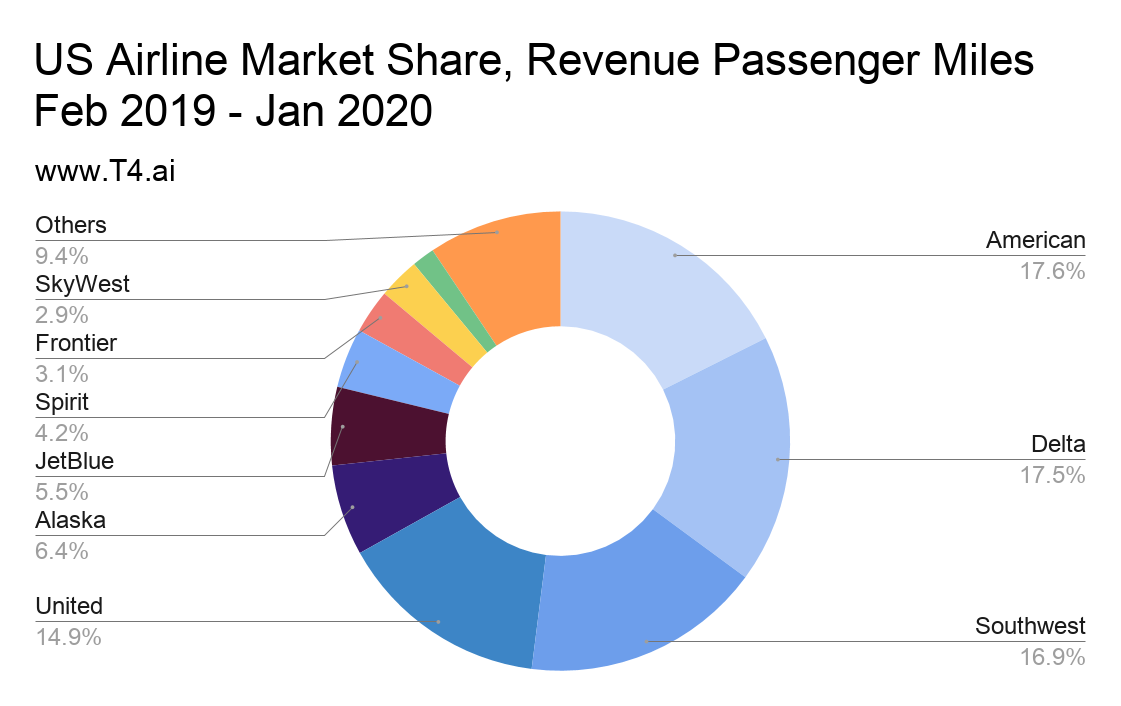 US Airline Industry Competitors and Products

What Additional US Airline Industry Data Does T4 Have?