Games Consoles have existed in different shapes and forms for decades. Starting out with video games such as Pong and Tetris, they are now capable of running visual masterpieces such as the Witcher 3, Metro Exodus, and Breath of the Wild. Unlike a PC, a Video Game Console is designed specifically to play games and has limited other features. Because of this the necessity of such hardware has been a controversial topic. However, a video game console is easy to use and is guaranteed to smoothly run any game released on the platform, which is why they have remained popular. Game Console Market Share is highly concentrated by Nintendo, Sony, and Microsoft, with Nintendo market share leading the group. The 8th generation of consoles is coming to a close, and we expect to see new consoles released in late 2020. You can find Gaming Console Market Size, Game Console Market Share, and other trends and statistics below and you can get help with additional Game Console industry market research here. 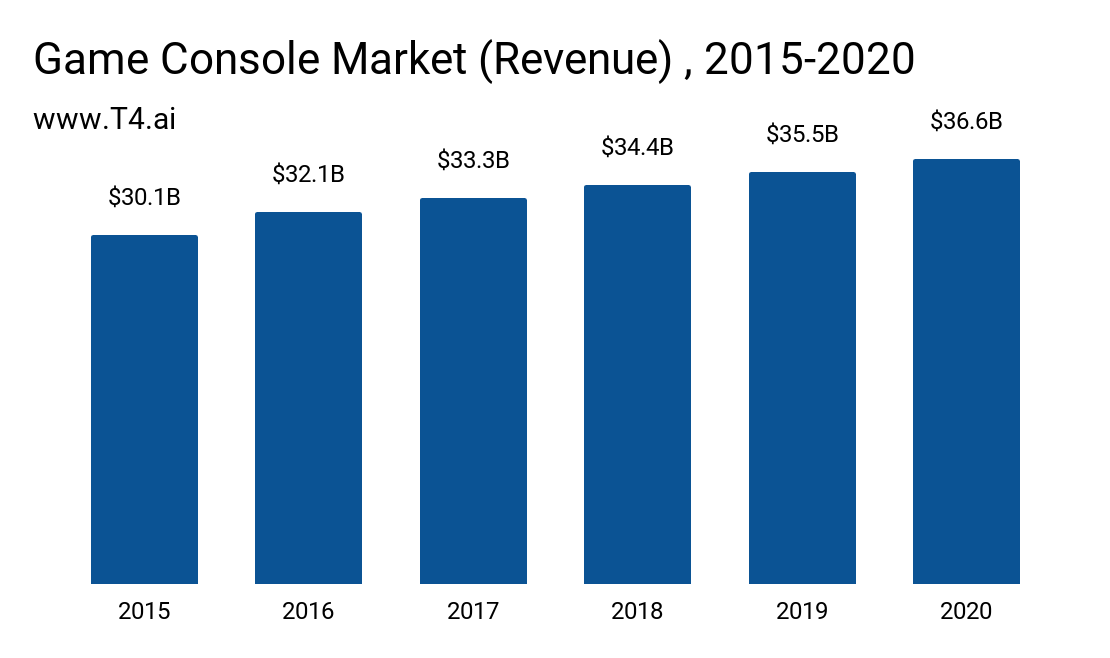 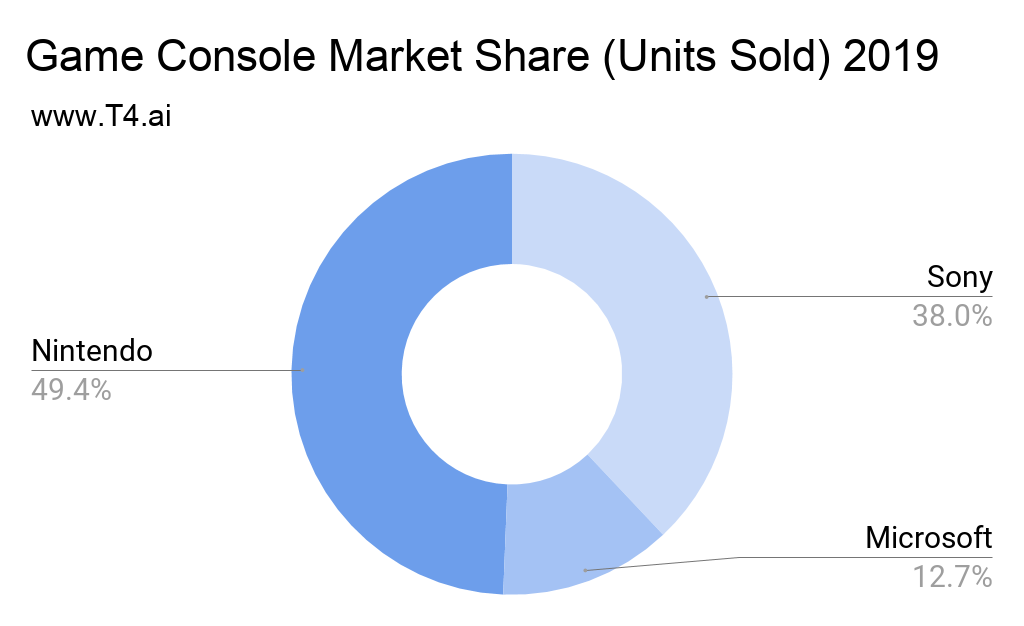 A Gaming Console can be considered the prize possession of modern gamers. Growth is driven by the general success of the entertainment industry, gaming becoming less of a "nerdy" pastime, and new exciting trends such as VR. As people free up more of their time they get the opportunity to spend it on recreation. Additionally, gaming has existed around long enough to stop being considered as an activity for children, and more and more titles are being released to appease to a wider, more casual audience. Also we're seeing more innovation in this sector, such as the VR addition to Sony's Playstation and the high success of the portable Nintendo Switch which led to growth of Nintendo Market Share.

What Additional Game Console Market Data Does T4 Have?

T4's research team can help you learn more about the video Game Console industry with market analysis, competitive analysis, commercial Due Diligence, and other market research needs. This includes deeper analysis on competitors in the Game Console market, including: Sony, Microsoft, and Nintendo; research into related topics such as Esports; or additional support in the Video Gaming Sector or other Sectors. Find more information about T4's services here.