About the Video Game Industry

A video game is an electronic game that involves interaction with a user interface to generate visual feedback on a two- or three-dimensional video display devices such as a touchscreen, virtual reality headset, or monitor/TV set. The electronic systems used to play video games are called platforms. Video games are developed and released for one or several platforms and may not be available on others. Since its origin, the video game market evolved enormously, with modern developments including virtual reality and artificial intelligence technology. The platforms used for video games are PC, Home Console, Handheld, Arcade, Web Browser, Mobile, Virtual Reality, Blockchain, and others. Video Game Market share in the Technology industry has increased at a fast rate over the years. You can find Video Game Market Size, Video Game Market Share, and other trends and statistics below and you can get help with additional Video Game industry market research here. 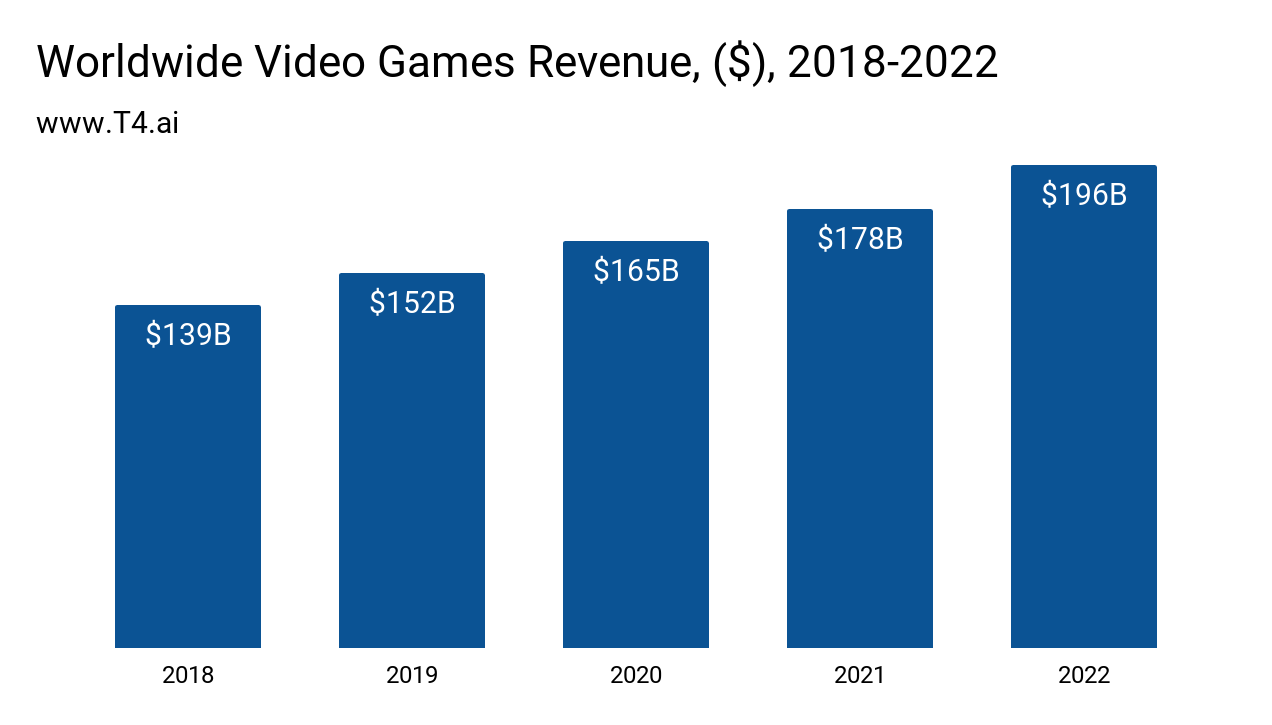 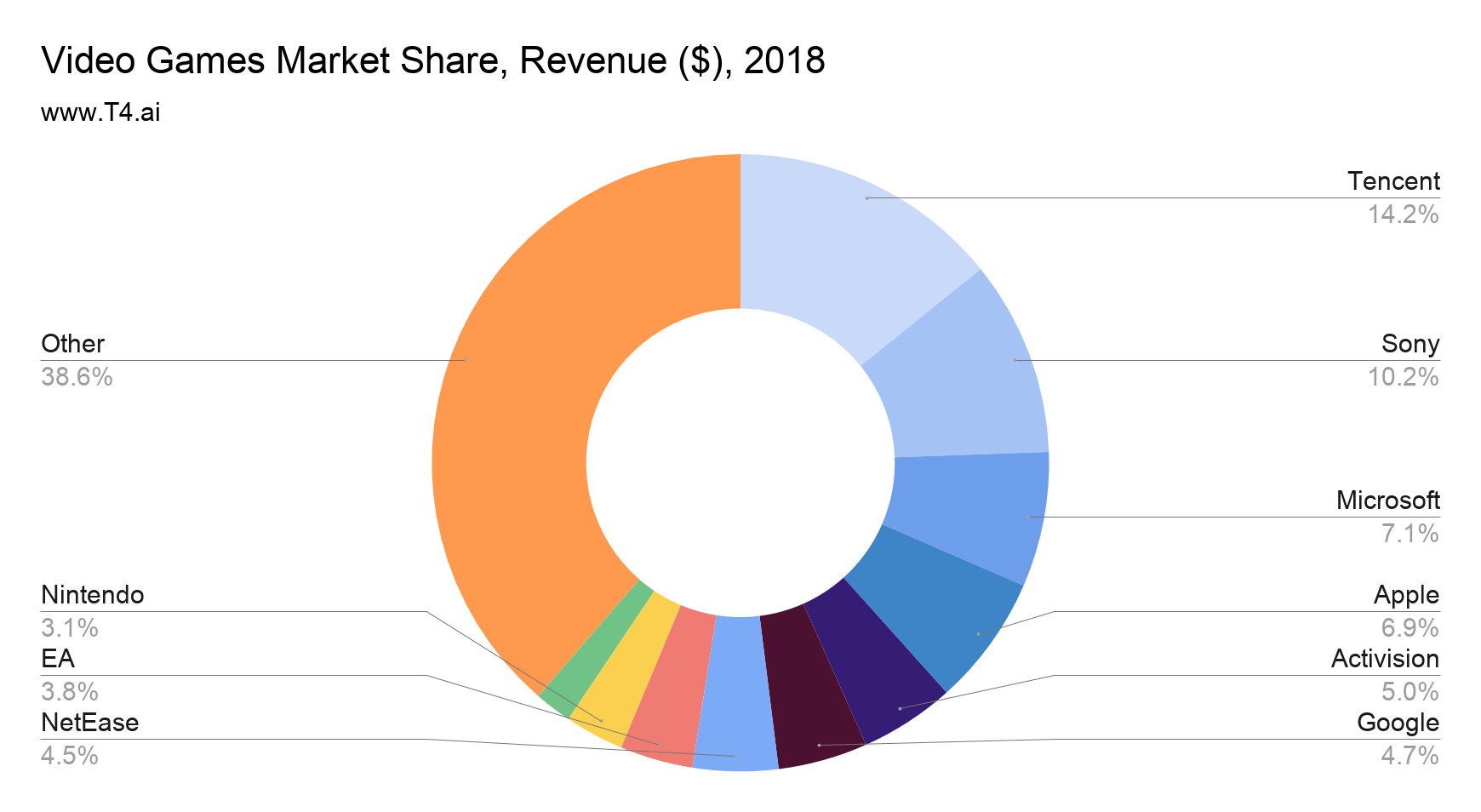 Video Game market growth is driven by the increase in internet penetration, the development of technological innovations in the gaming industry, and the increase in the affordability to buy connected devices such as smartphones, smart TVs, consoles, tablets, and others. Rising internet penetration is driving the demand for the video gaming market. The increase in sales of connected devices, which have become more affordable to the consumer, is an important driver to the growth of the industry. Technological innovations in the gaming industry are also a key growth driver. Advances such as facial recognition, sound recognition, gesture control, realistic graphics, virtual reality (VR), and augmented reality (AR) have completely changed video games and are pushing the gaming market forward. As a result, Video Game Market share in the Technology sector has been increasing at a fast rate over the years.

What Additional Video Game Industry Data Does T4 Have?